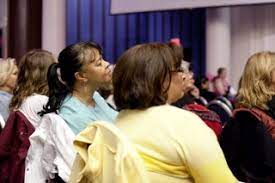 When Being Black came out in 2000, I was chagrined by what I had done. I realized that, out of my love and appreciation for the dharma, I issued this invitation to people of color into a Buddhist American space that was not welcoming. Obviously, there were pockets and exceptions—but for the most part, the Western Buddhist community did not want or know how to receive them. I had invited black folks to crash the private upper-middle-class party that was going on and it was just not wanted. Really, I was quite bereft for a while, feeling foolish and naïve.

If you asked me five years ago what has changed, I would have said not much. But I think that in the last little while, some interesting things have begun to signal the beginning of a change. People of color and people of color monks are really pushing in.

I’m shocked that I was writing about this 15 years ago and that I am now one of the people bringing conversations directly into still overwhelmingly white Buddhist communities, that it’s happening at all. I know that, because people in Buddhist communities, from different traditions, are inviting me to speak to them. People are genuine, receptive, open, vulnerable and they are coming out in force.

In general, something is happening now with the Black Lives Matter movement and the increasing inability to avoid how out of alignment this society is and how out of sync with its own teachings Buddhist communities are.