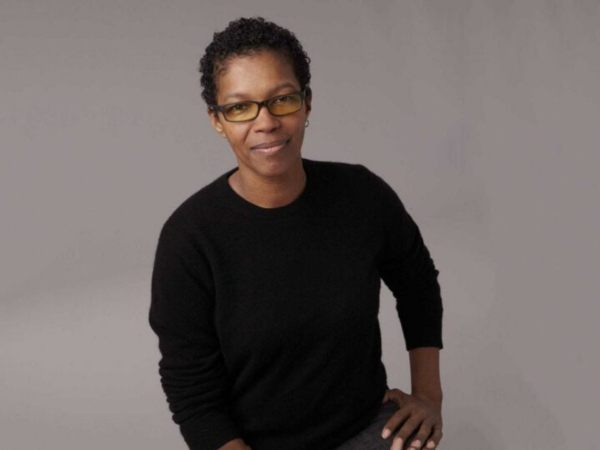 Being All We Can Be

You are here: Home / essays / Being All We Can Be

On March 5th, oral arguments will be heard in the California Supreme Court to rescind Proposition 8, the constitutional amendment passed last November that restricts the definition of marriage to opposite-sex couples and eliminated same-sex couples' right to marry.

One of my "Friends" invited me to the "I'm still not sure marriage is the right goal" group on Facebook. For those of you that haven't had the increasingly guilty but nevertheless socially productive pleasure that is Facebook, it basically means you have the opportunity to express your alliances by joining groups ad nauseum, without actually having to do anything like show up at meetings, pay dues or be responsible for the refreshments. It's perfect for this era of more issues to be informed and care about than we have time to actually get involved in.

Years ago I appeared in OUT magazine with my then-partner in the first issue featuring gay marriage. The large-format polaroid chosen for what became a full-page spread (!) captured us in an uncharacteristic juxtaposition of 'handsome dyke' looming over the obviously more feminine, slightly demure, and arguably attractive 'lipstick lesbian.' Back then, someone still had to be the "boy" and someone had to be the "girl" in same-gendered couples for the world to relate.

Gay marriage had begun to take root as more than just a fringe issue by then and was on the national radar. In '93, Bill Clinton flummoxed the gays in the military issue by settling for "Don't ask, don't tell." Since then, we've had an official policy of opting for not owning who you are so you can "be all that you can be." We institutionalized lack of wholeness, lack of integrity, and disregard for basic dignity into the psyche of the people responsible for protecting our nation's safety.

Need we wonder how we ended up with Abu Ghraib, watching American women give the "thumbs up" to flagrant disrespect of the religious beliefs of Muslim men? Six years into Iraq, we still self-righteously pretend the only reason we went in is that Bush lied. Sure he did. But it was the lie we, the People: progressive and conservative; white and black; spiritual and secular; gay and straight, were willing to accept to give ourselves a false sense of security and superiority. If we just [insert democracy here] the Iraqis will be all they can be, too. 'Cause, surely they weren't enough before we got there.

The proponents of Proposition 8 want to make sure that some people can't be whatever they want to be...not legally, anyway. The irony is that unlike many states, in California, anyone can marry whoever they want...that is, they can officiate. You just can't get married to who you want. Let's face it, this is solely a religious argument, period. From the civic view, there's nothing remotely constitutionally or morally sound about denying one group, those who love the same gender, access to the rights, privileges, and responsibilities that another group has always taken for granted.

Worse though, is suspending reason long enough to allow the latter group to be the one that decides. The NAACP has seen the specter of danger here and has sounded the alarm: we cannot allow simple majorities to revoke the rights of others through constitutional amendments, revisions, or otherwise. These so-called "majorities" are often those that hold the majority of the privilege through oppression, money, and abuse of power. What if men (the numeric minority but power majority) could go in a room and decide--by a simple majority that canceled out the sane and fair-minded--what women could no longer have? Shoe industry beware: all those bare feet would tank your business, for sure.

President Obama has gone on record saying that he opposes gay marriage but admits this may be a wrong-headed view drawn from his own religious beliefs. I'm suspicious of the idea that God whispers in anyone's ear and says "you are chosen to have something that others aren't entitled to:" be that right to love or right to land. But since I've only been trying to listen to God rather than talk, maybe She doesn't whisper back to me. So, I'm not one to question Obama's or anyone else's personal relationship with God...why don't we stop questioning anyone's personal, mutually respectful, consenting relationship with anyone else?

I remember wondering back then why anyone would want to fight to get into the military, to begin with... especially a military that didn't want them. It's a relationship to a country that I've not yet had the privilege of understanding in my own heart. I understand loving my country...it's just that I can see a clear path to loving everyone else and their country, too. I guess I'm polyamorous in the biggest Way.

Negotiating relationships of any kind--with God, Country, or Lover--is a temperamental and intensely personal affair. I admit I don't feel left out of those nasty divorces in which the state gets to have a say in who gets to keep everything from the cars to couches to kids.

Internally, life partnership means having someone that intentionally and willingly agrees to bear witness to your life. That's a significant promise...one that has the power to liberate us to truly be all we can be and to have who we are reflected back to us. As far as I can tell, the value of having the challenges and triumphs of that witnessing validated can't be underestimated.

So, friends--Facebook and otherwise--I'm not sure marriage is the right goal either, but since I'm not getting married, I don't have to be.

Isn't that the point?