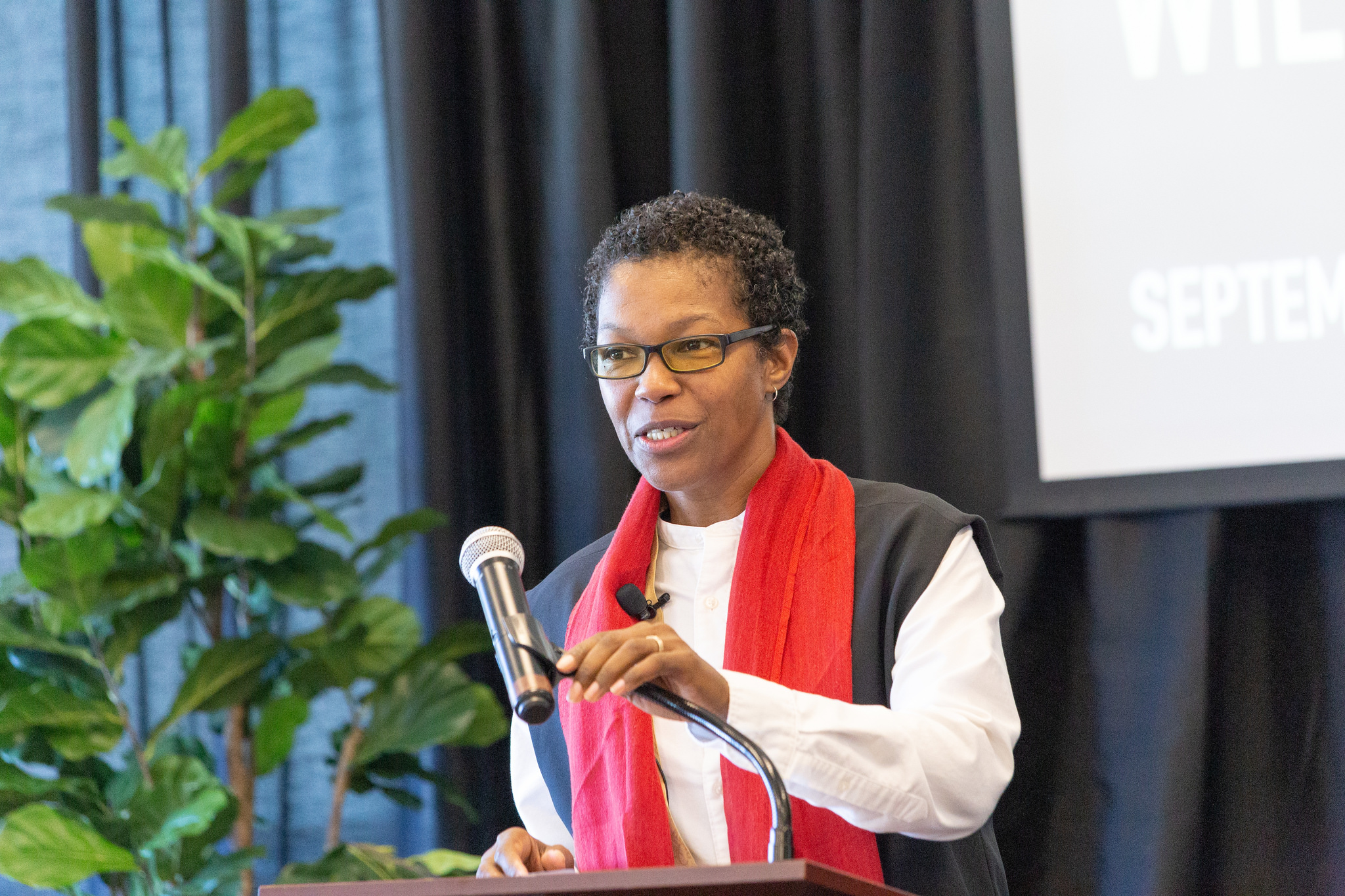 You are here: Home / type / interviews / Beyond Idiot Compassion

This is the only way, Rev. angel believes, we will “flip the switch” in people’s hearts so that we treat each other and the Earth more compassionately. She sees “the application of inner awareness practice to broad-based social change as America’s next great social movement.” I came across the Center for Transformative Change while searching the Internet for an alternative to a ten-day meditation retreat at Spirit Rock, which—work and finances being what they were—I couldn’t afford. CXC offered a no-cost “virtual” retreat called “27 Days of Transformative Change.” I was intrigued. I could pursue social change and spiritual growth simultaneously? Excellent!

No need to clear my schedule and go on retreat; my activism would be my spiritual practice. Having experienced the benefits of the cyber community while living in rural Washington, where my closest friends were like-minded people in cyberspace, I wasn’t dismayed by the idea of participating remotely. It was sweetly empowering to think there would beings of like intention three hundred miles away doing their work while I did mine. Still, when the virtual retreat began I was surprised at how touched I was by my remote sangha’s support: knowing that our practice leader blessed our intentions every day in the practice hall and feeling part of an intentional community stretching to be a little kinder, a little clearer, a little more grounded, more fearless, and ultimately, more effective.

The 27 Days also included weekly dharma talks by Rev. angel, which we downloaded as podcasts. While Zen is known for being inscrutable, Rev. angel’s dharma talks were clear. More to the point, they were helpful—addressing the actual challenges I was facing in embracing the humanity of people to whom I was politically opposed. So it made perfect sense to learn that Rev. angel’s dharma name, “Kyodo,” means “way of teaching.” She has a gift for making profound teachings relevant to daily life.

In addition to being the founder of CXC, Rev. angel is the author of Being Black: Zen and the Art of Living with Fearlessness and Grace, which has been called “a classic” by Buddhist teacher Jack Kornfield, and “an act of love” by novelist Alice Walker. The Library Journal has named Rev. angel “the most intriguing African-American Buddhist in America.” She was kind enough to speak with me by phone on four separate occasions. — Leslee Goodman

The MOON: Why were you drawn to Zen Buddhism?

Rev. angel: I stumbled across Zen Buddhism in my early twenties and really resonated with it as if I was connecting with something that was already true within me. The underlying philosophy and feel of Zen, with its sparseness and precision, its supposed disregard of texts and of dogma, the silence of zazen—seated meditation—spoke to me very deeply. Also, my grandfather had recently passed, so I was in an especially quiet and internal place. I’d started my own little homemade practice and then found this container that could help me hold the depth of grief I felt, without a lot of interference from other people.

I became quickly enamored of the practice, dodged around and got connected with a community, and had a very strong, clear sense that I wanted to ordain—which I think might have been a holdover from women not being allowed to ordain within the Christian traditions I was familiar with.

I was particularly drawn to the aspect of service—specifically the service of keeping the liturgy. There was something profound for me about holding the space that keeps the tradition alive. So I was ordained as a Zen priest within the Peacemaker order—and within a larger Zen tradition of being of social service. I knew this work landed squarely where I wanted my focus to be—the nexus of spirit and social service in the world.