Beyond Privilege: a Q&A with angel Kyodo williams

You are here: Home / type / interviews / Beyond Privilege: a Q&A with angel Kyodo williams

Brooklyn Zen Center executive director Greg Snyder has spoken of a mind-meld that’s gone on between you and he, and BZC guiding teacher Teah Strozer. Let’s talk about that connection.

I’m a New Yorker. I lived in Fort Greene and had a little sitting group, an offshoot of my main practice home of Village Zendo. Coincidentally, I called it Brooklyn Zen Center because I believed that the practice could arise in the community, from the community. Most places of practice that I saw didn’t feel like that. They had a feeling of separateness. I knew that in order for Buddhist practice to take root amongst peoples not defined by a particularly Western, white, middle-aged, middle-to-upper-middle-class construct, the practice had to go and meet people and not just expect them to come and find it.

I eventually went to California, and coming back and finding that this Brooklyn Zen Center was really doing the work of welcoming was an incredible relief to me, especially because they were doing it in such a compassionate, humble, present, and transparent way.

How does that way manifest?

Many centers say, “Oh, we want to include people so let’s invite them to come.” But because we, as Western-worldview, dominant-paradigm folks have not done our work, we actually don’t know how to be welcoming. An invitation is a gesture. Welcoming, though, is open-armed hospitality. It’s in the heart. I think that what Brooklyn Zen has that many places don’t is in its leadership: people who continue to truly examine their own hearts and are willing to address the barriers and the hindrances to being welcoming.

How can we make fundamental changes in ourselves so that we can be welcoming, not just inviting?

Meditation is awesome, but it’s not fast enough. People need to get trained. Training amps up the intensity, bringing things intentionally into our view so that we can work on what’s there to be worked on.

What will that training help address?

The paradigms and the worldviews of white Western privilege, which have been developed for no other reason but to bestow privilege on a very small group of people and to create separation. That’s what the construct of whiteness was for right from the beginning.

This is not about bashing anybody for who they are or for their skin color. This is about a construct that was developed purely and solely in order to create separation and now that construction needs to be deconstructed. If we don’t do that, that separation will live on and it will do so, shamefully, in the midst of teachings that are so profoundly gifted with a language, with an approach, with a methodology, to unseat separation.

It’s been some fifteen years since you presented these issues in your acclaimed book, Being Black. Are you writing?

I am. (You can read an exclusive excerpt of William's book, Radical Dharma: Talking Race, Love, and Liberation, written with Lama Rod Owens and Jasmine Syedullah, inside the September 2016 Lion’s Roar magazine. —Ed.) One thing I’m working on, that speaks directly to all this, is a book about my own shocked recognition that I have spent many years—in the vernacular of black folks back to the days of slavery—keeping my head down.

By trying to stay smaller than was organic to the situation and to my experience, because I didn’t want to draw the ire of folks in the dharma world. And even though we don’t have any singular institution of Zen or Buddhism, there’s a power structure, one that is often unspoken. We can recognize it if we look at the Buddhist media and see who’s there—who are we being told to look at and listen to, and who is wielding those structures, and who seeks to influence them. Many people I’ve spoken to say they don’t feel free, particularly folks of color and, in some traditions, women—each tradition has its own stuck place.

The apparent hierarchy that exists in some of our spiritual structures is there to support us but it’s being leveraged as a mask for power structures and privilege. In some places of practice, it’s very male or heterosexual; in some places, it’s other things. But pretty much all over the place, it’s pretty white.

So is what you’re writing part memoir, part guidance for feeling empowered enough to no longer be quiet, or, as you put it, “small”?

Part memoir, part guidance, and a lot of critiques. I’m also working on a collection of observations on our society, through what people would call a Buddhist lens. I would just say a lens of liberation. I look at what gets in the way, including the parasitic capitalism that we have not just as an economic structure but also as a religious structure. Capitalism has become a religion—many religions actually deify it at this point—and because of that, we’re letting it run amok with no real thought about how to change it.

Does something like the People’s Climate March, which BZC was quite involved with, suggest that things are starting to turn around?

Hopefully, the climate march is a disruption of a system that is consuming itself and all of us with it. The march did come from “the people”—it originated out of environmental justice organizations, not out of typical green groups and NGOs. It came out of brown and black and economically disadvantaged white communities, and indigenous peoples. It’s about across-the-board disruption. It’s about understanding that climate change is a leverage point for us to look at all of the failures, limitations, and places of separation and breakdown in our society.

What does “disruption” mean? Does it mean voting with our dollars? Does it mean that if we don’t like what’s going on in the media, we become the media? What kinds of forms will disruption take?

Everything. First and foremost we need to take back our power, and our power exists in our participation in all of these structures. It will be a challenge because we were weaned on this system. We are bred to consume. And, so, for us to break our own chains is just as difficult as it was for blacks to resist the slavery that they’d been born into for generations and was all they’d ever known. The idea was that that system would continue forever because, once you had bred someone into the system, they didn’t know anything else.

Not in the sense of tomorrow, but I’m hopeful that the seed has been planted, that the irrelevance of the systems that continue to privilege small groups of people is laid bare now. We’re in this wonderful moment of going, “Oh, this doesn’t work. There are no winners in this.”

How are we going to convince the captains of the industry that they’re not winners?

I don’t think we need to. It’s like, “How are we going to convince the plantation owners to let go of their slaves?” We didn’t. We had to snatch the slaves from their arms.

There’s no such thing as being neutral. You’re either playing along with how things are or you are disrupting them and turning them on their head. Those are the only options.

Pursuing the possibility of a new monastery, as BZC is doing, seems like a major step forward.

I don’t think I’ve ever been excited about a monastery before. [Laughter].

Why you are excited about this monastery?

Because I can see myself there, whether that’s my physical body or not. I think that Greg and Teah and the leadership will plant the seeds for a deep practice home. The Western Buddhist world has spent too much time saying, “Oh, if we want people of color to participate, we can’t expect them to do the real, deep practice.” With that attitude, people of color will never be fully accepted. As soon as Being Black came out, I was completely chagrined that I had invited people of color, through the book, into a place that was not welcoming. The good news is that BZC rings true. And the monastery, if it happens, will also be a place that is welcoming, and that’s a start. 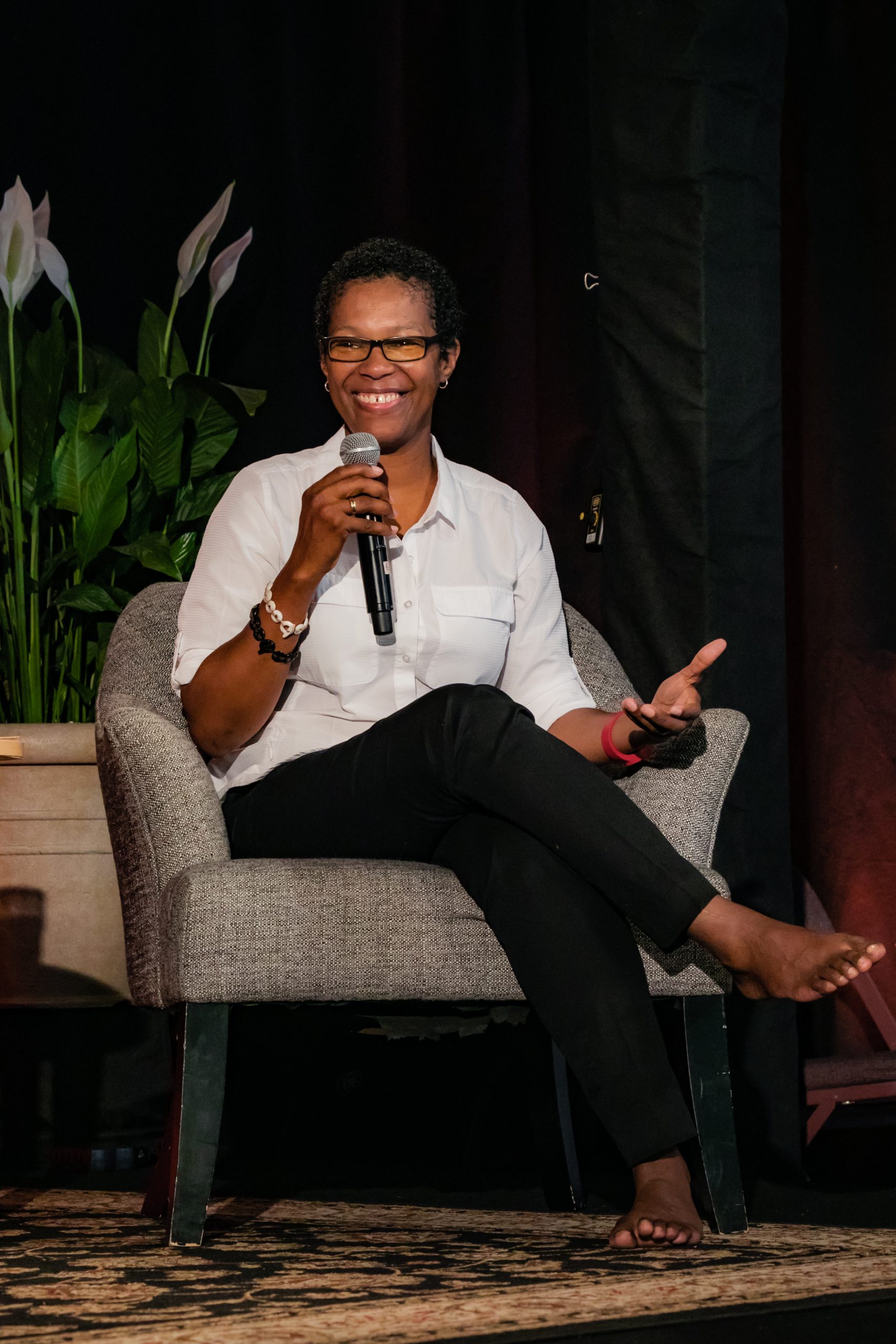