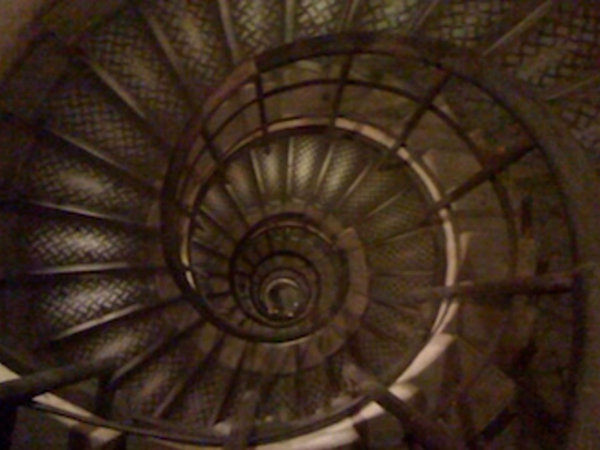 You are here: Home / essays / Meeting Change
The art & practice of transition

As an east coast native, the traditional four seasons of the year have become deeply embedded in my psyche and soul as a map and a means for organizing my life. Winter, Spring, Summer, Fall, repeat. Seasons are like phases in the cycle of Life. Going from one to the next represents Transition: the in-between space of moving from one way of being in relationship to life into another. Taken together, the turning of the four seasons into a year reflects our collective relationship to and dependence upon nature and all her rhythms, according to our journey with the sun and the entire vast universe.

I have come to appreciate this internal alignment with the cyclical rhythms of the Earth, herself as a powerful counterbalance to the false constructs of busyness and get-it-doneness made by Men. Capitalism and consumerism have erected false notions of the rhythms we should adhere to. We are corralled from one hopping holiday or sale season to the next. While many people use birthdays as their marker for a new year, I've always used the early Fall. Fall is both a beginning and an ending for me. A time for simultaneously harvesting the learnings of the Spring and Summer before it, while fervently preparing for the rest and gestation of the Winter to come. Once upon a time, I resisted this rhythmic pattern, noticing with chagrin that comes Fall, I would invariably take things apart, reorganize them, and put them back together again. Sometimes in my reconfigurations, things would get thrown away. Sometimes everything would go.

The people in my life can't always quite make sense of this internally-driven process from the outside and through the years have mistakenly viewed it as my being restless, inconsistent, breaking down, or working through some kind of crisis. The reality is I'm not any of those things and I am all of them: I'm just Meeting Change. So while I make a reasonable effort to accord with or renegotiate external commitments and the demands of relational life, there are times when, like the seasons, I must honor this internal rhythm whether it makes sense to or works for others or not. Once you can hear it, to not honor the resonant call for meeting change, is to not honor life itself. Change Whose Time Has Come Sometime in August, in the midst of preparing for our biggest event of the year, a clear knowledge about what our work needed in order to move to the next level came to me. Holding some sweet sadness for what I knew had to happen, I invited the community I'd been living with in some form or other for the past five years—to leave. I wasn't kicking people out nor had I made a decision that I didn't want to live within a community of transformative practice any longer. What I had come to realize was, that as a living experiment—a petri dish for learning how best to support people working for justice in their own deep inner life change—our time had come to an end. So on 9/9/09, a date representing "completion," we gathered to bring to completion our time together in that form. As requested, each person planned a transition from this phase or season of life to the next. I had only one request for their plan: that the step they take would be one that would bring them closer to their own life purpose. That they waste no time in a limbo space but regard their lifeforce as precious enough to not waste a single moment ambling near their path, choosing instead to step out fully onto it in whatever form that might take. They were also asked to state what they would need, if anything, to support this significant endeavor. Organizationally speaking, this transition was invited at a time when we are, like many non-profits, picking ourselves up out of the dust and debris of the past year's economic crisis, which is obviously far from over. Many would argue the move as less than, well...sane. But I'd argue that one of the most subtle Arts of Change is recognizing when it's time to transition, to step forward into the awkwardness of the unknown, and to meet change head-on. To have continued on with folks that I had a felt sense belonged somewhere else would have been to opt for convenience over integrity, thus dishonoring this work—as Khalil Gibran named: my love made visible in the world—at its core. We each know intuitively that Love sometimes calls for a valiant honor that may set our preferences and conveniences aside. In work towards real, abiding justice and change that will last, our work, and how we hold it, must be the same. As a result of meeting change on that day and bringing forth intention from as long as 10 years ago::

On October 31, half of the residential community—also meaning half of our staff—transitioned out. Gracefully, and sometimes not so, each person stepping firmly on the path of fulfilling their purpose in life.

On November 1, we transitioned in a new ED, thereby releasing me from the confines of organizational structures while enabling all of what I've been able to contribute thus far to live on until it is no longer useful.

On December 1 I will officially begin my first sabbatical after having logged 25 years of work, 20 of them with an eye towards social change.

In January, a new phase in the life of what has become the Center for Transformative Change will begin with the wind of legacy at its back and the raw power of new energy carrying it forward.

In June, CXC will collaboratively launch what we believe will be one of the most powerful toolkits to help shift the culture of social justice towards one of Transformative Social Change.

To hold these transitions off because things were far from rosy and we would be heavily challenged and sorely inconvenienced is to miss the very point of the practice of meeting change. We must come to welcome the awkwardness and inconvenience of change because that is precisely where our learning edges live. So, even as we here at CXC negotiate the sticky places (and yes, there are LOTS of them,) we know this is the right thing to do...and it is the right time. Entering the Doorways One of the practices of our New Dharma spiritual tradition is to bring our palms together and bow upon entering and leaving doorways. The hands form what is called gassho in Japanese, a bringing together of all things into One.

It is the universally familiar gesture of namaste, prayer, respect, welcome. Out of this Oneness arises the bow, a gesture that in the West might be thought of as a lowering, but practiced well, in its quiet humility is actually a raising up. For us, it marks the transition—from outside to inside; from a busy day to quiet sitting; from scattered head to One Mind; from "get it done" to "let it be"—with an imperceptibly small ceremony that gives us permission to release what came before so that we might step fully into what is new. Transitions are the doorways to change. Choosing to engage in transition and enter each doorway as consciously as possible but with a willingness to not know what's on the other end is makes that change intentional. Life IS change. And if you've been around for five good minutes, you know that Change Happens. So your only real choice is to either let life happen to you or for you to choose to live it. One way to do that is to become practiced at happily, humbly, and heartily Meeting Change. — With love and deep gratitude for all the unnamed stalwart practitioners of the Inner life phase of the New Dharma Meditation Center & Community that evolved into the Outer life Phase with these folks as staff of Center for Urban Peace: Chandrashekar thuy tran, Karen Muktayani Villanueva, Premadasi Luna Amada, Simhanandi Evan Stubblefield, Zochi Alonzo Young, seeing it through its transition to the Center for Transformative Change. It is only for each of you that we can now step into the Social (Change) life phase of CXC to see our work for justice and deep change through. Good journey, y'all.--aKw ---