You are here: Home / blog / Splintered Road To Gaza

Here we are on the road to Gaza.

I am one of those who ended up being 65. I was included in the original 100. I got the news that I was selected last night at 9 pm. "pack your bags" my friend and coordinator of the media team said. "you're on the list. you're going."

When they held a meeting to tell everyone, obviously it did not go down easily for many people for many different reasons. over 1300 people impossibly pared down to 100. and with only two hours to decide and make the selections. it could never be satisfactory. finally and still, we the 100 were to meet two buses at 7 am.

We packed. wrote the last email. some of us slept and woke again. but when we left our rooms at 6:15 am, we were met with the news that the organizing team decided they'd made the wrong call in accepting the 100-person proposal without being able to consult everyone, etc. they were very sorry for the pain and challenge it had caused. so we would go to the bus, this perspective of the organizers would be shared and whoever still wanted to go would go.

Long story short, the left thing happened. the people that felt we should all go or none of us should go began tactic after tactic to convince people they should not go. that they should get off the bus. that the foreign minister issued a statement saying the 100 chosen were selected because they were not dangerous but the remaining were. that the people would not want us to come. that the entire movement--all of the years of work--would be destroyed if we went.

Very few of the people that had made it through the passport check already were firm all the way through. neither firmly on nor firmly off. there was a handful, though, that for whatever their reasons--and they were varied--knew without a doubt that they intended to go.

From the time I knew there was unsureness about whether fewer than all should go, I knew that if the bus went, I would go. if not, I would not.

Looking into the only heart that knows, I realize, with all the complexity, that I am not here for reasons humanitarian or political in the conventional sense. I am here by the call of Spirit. I am here as a priest. I am here in my role as a fellow human being Bearing Witness to what too much of the world has ignored for far too long.

So given the choice, if it were at all possible, I would bear this witness with my own eyes, being, and heart.

Having been a witness, perhaps my Jewish colleagues will no longer send me an email telling of how well Palestinians are faring. perhaps when the debates are riddled with characters and hyperbole about either Palestinians or Israelis, I will have the trust of my own, undoubtedly limited experience. perhaps I can be a credible voice that contributes to the voices raised for truth, even if that truth is just my own. and...perhaps the people will not want us there as was suggested by the off-Busers. be that so, I Will Bear Witness to that, too.

What I bore witness to today was the hypocrisy that lives in our hearts when we speak of nonviolence, when we speak of choice, when we speak of basic respect. but I rest assured that my crossing the border to say "you are not forgotten" will not destroy a movement towards what we all--humanitarian, political, spiritual--wish for, to see the Gazan people, and through them, all people, Thrive.

So I am ON the bus, and on a now-Splintered Road to Gaza. but my heart and my spirit are whole.

ps, we just became 75. ten of some 30-odd folks that had come to Al-Arish hoping to get across the border but ending up on house arrest in a hotel were just transferred to our 2nd bus. 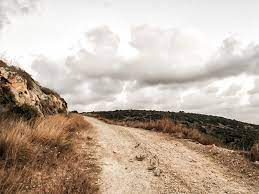