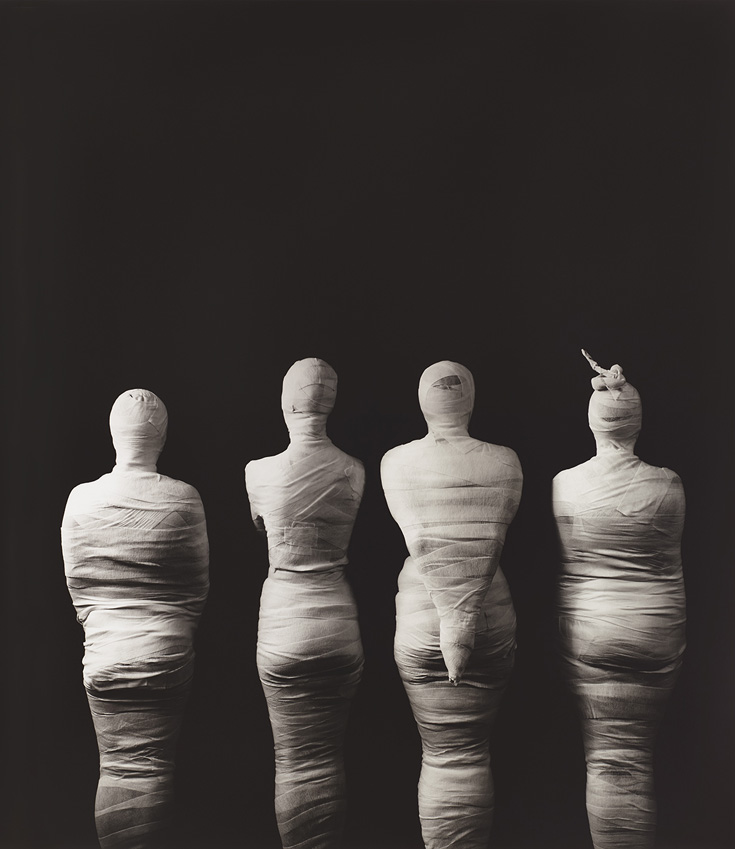 Your Liberation Is On The Line

You are here: Home / media / articles / Your Liberation Is On The Line

Photograph from the series “The Bound” by Elizabeth Heyert.

“No one who has ever touched liberation could possibly want anything other than liberation for everyone,” says Rev. angel Kyodo Williams.

She shares why we must each fully commit to our own path to liberation, for the benefit of all.

I think we are finally at a place where we can accept the truth that no one escapes from oppression, not one of us. Everyone is deeply wounded.

It’s true, some people seem to be in a position of what we call privilege, but we have to rethink that word. We get stuck on this notion of white privilege, or dominant privilege as if the marginalized people want what the people with privilege have. But I want no part of it. I want no part of any illness that renders people unable to see the beauty of all of our differences, the beauty of my own mixed raced-ness, blackness, queerness, all of the things I am. I want no part of an illness that renders me unable to connect to love. That is not a privilege. So we have to begin by recognizing that the construct of white supremacy is an illness. I don’t wish it on anyone—not on myself, and not on you. We have all been told a lie, and our work—particularly for those of us who say we identify with this path of liberation—is to free ourselves of that lie, to get in there and observe that construct and the ways in which it limits us from our full potential.

"Yes, liberation is possible even for you."

This disease keeps us from fully knowing each other, from seeing each other. Every single one of us must be, by way of our commitment to liberation, committed to being the cure. The so-called marginalized people are going to figure it out for themselves. The fact that they have joy in their hearts at all is phenomenal, given the weight that they bear in their trans bodies, their queer bodies, their disabled bodies, their neurodiverse bodies, their female bodies, their Black bodies. We should celebrate them all because anyone who has insisted on liberation so that they may know joy and love represents for the rest of us the possibility, the promise that the dharma puts before us and says, yes, liberation is possible even for you. Liberation is possible even for you.

A problem of the dharma today is that it has become so limited. It has become constricted inside of a kind of fear. We want to maintain control of it, so we resist it evolving as it always has. We try to fashion the dharma within the limitations of a marketplace mindset—what will sound better to make this sell better? We’ve made it as limited as we can possibly make it, and as a result, we no longer subscribe to the promise of liberation. We think, oh, we’ll just do this nice thing where we’ll meditate and we’ll be nicer people, we’ll be more compassionate and wiser, and as we do, we never say the word “love.” What’s wrong with us? What’s wrong with a culture that doesn’t have love as its central value? In this smallness, we miss the opportunity before us to liberate ourselves from the obscurations that keep us from knowing who we are, from knowing each other, from knowing that our birthright is exactly loved.

Obscuring the path of liberation for us all, simply put, is race. And when I say race, I mean race and ethnicity and heritage and skin color and all of those things that we have conflated into it for hundreds of years. More than five centuries ago, Pope Nicholas V, in his Doctrine of Discovery, told European Christians to go forth and conquer even those “in the remotest parts unknown to us all.” He gave permission to “invade, search out, capture, vanquish, and subdue” all nonbelievers, take their possessions, and “reduce their persons to perpetual slavery.” Hence we have this myth of someone “discovering” a place that’s already there, where people already are. (A fellow once said to me, “If you want to see how much of a myth it is, just leave your purses and your wallets here, and let me discover them.” See how that feels.)

"Too many of us have been resting in ignorance for far too long."

The Doctrine of Discovery completely upended what our spiritual path is supposed to be about and tainted it, poisoned it with white supremacy. And then that poison was brought to this land and we were partitioned, separated from one another and from our birthright. It’s important to learn those stories. If you don’t seek them out, you fall into the true meaning of the poison of ignorance: wrong knowing. It’s not, I just didn’t know, I had no idea. The poison of ignorance is willful wrong knowing. Consider the construct of the three poisons. There’s a reason it includes anger, which has momentum, a direction, a willfulness to it. There’s also greed, which has its own negative momentum and willfulness. So why would ignorance be neutral? Too many of us escape through the doorway of ignorance: Oh, I didn’t know any better. Too many of us have been resting in ignorance for far too long.

Read more of this article here.